These include regular nights in Leicester and Beeston; one off shows; a poetry festival; annual Slam; regular workshops; ongoing and one-off projects working with specific communities and our publishing imprint, WORD! Poetry.

Previously nominated for a Saboteur Award, the organisation was responsible for the creative development of the highly successful Lyric Lounge (Writing East Midlands’ touring festival of poetry); the East Midlands Poetry Slam and is a founder member of Everybody’s Reading, Leicester’s annual festival of books and reading, now in its tenth year.

We are uniquely co-produced by an NHS Trust (Leicestershire Partnership NHS Trust) and currently enabled due to the generous funding support of Arts Council England. Further funding support is provided by University of Leicester Wellbeing Matters (via the Edith Murphy Foundation), Attenborough Arts Centre and Inspire. Our other partners and collaborators include BrightSparks Arts in Mental Health Group and Writing East Midlands. 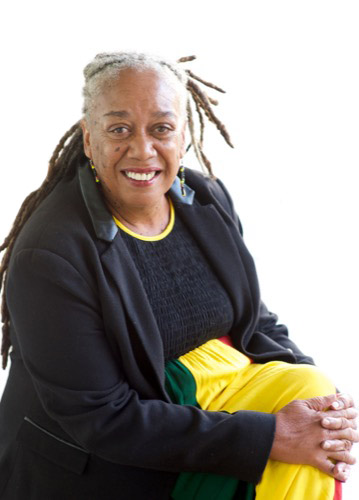 Jean 'Binta' Breeze (11 March 1956 - 4 August 2021) was the Patron of WORD! and a close friend for us and our organisation. The award winning author of eight books of poems and stories, Jean worked as a theatre director, choreographer, actor and teacher. She performed her work around the world, in the Caribbean, North America, Europe, South-East Asia and Africa, and was referred to by the British Council as "one of the most important, influential performance poets of recent years”.

Living in Leicester for over a decade, she contributed considerably to the cultural life of the city and region. In addition to her Patronage of WORD!, Jean was the Patron of Showcase Smoothie and Soft Touch Arts. The first female dub poet in the world, she was the recipient of a NESTA Fellowship, and was an honorary Creative Writing Fellow at the University of Leicester’s School of English. In 2012 she was awarded an M.B.E. for Services to Literature.